Run your car on water controversy

Run your car on water controversy

A water-fuelled car is an automobile that hypothetically derives directly its energy from water. They're claiming: "This water hybrid system essentially converts your vehicle to use water as a source of supplemental or even (theoretically) primary fuel".
But in fact, water is a fully oxidized hydrogen. Hydrogen itself is a high-energy, flammable substance, but its useful energy is released when water is formed. Water will not burn. "The engine derives fuel from hydrogen and oxygen, generated by the electrolysis of water."
The process of electrolysis can split water into hydrogen and oxygen, but it takes as much energy to take apart a water molecule as was released when the hydrogen was oxidized to form water. This system to work we will have to inject energy into it more than it would create and violate first or second thermodynamic law of physic on the water electrolysis.
They claim also:"Although petroleum-derived fuel and an external electrical generating system are not theoretically required, in most circumstances it is a practical necessity. The only byproduct resulting from the hydrogen and oxygen components of combustion within the engine is water vapour. Therefore, emissions are usually cleaner, emitting fewer polluting particles. In short, the Water‐hybrid system is a “cleaner” system; one that derives supplemental fuel from a free and inexhaustible resource; water"!
The thing is, if you put a lot of water in your engine, corrosion will rapidly form, corrode and destroy your engine.
"The water‐hybrid system is not a perpetual motion machine. It is a high efficiency, water-fueled, electro‐ mechanical system capable of producing hydrogen and oxygen in sufficient quantity to improve the overall fuel‐efficiency of internal combustion engines. Vehicles powered by the water‐hybrid system are inherently safer than hydrogen-powered vehicles which require hydrogen tanks. Instead of hydrogen tanks, the water hybrid system extracts combustible hydrogen as needed from the water, and this steady release of hydrogen is burned continuously, thereby preventing larger accumulations of hydrogen gas".
This is called, in fact, in my view, a new energy suppression conspiracy theory scam that technologically viable, pollution free, no-cost energy source are been suppressed by the government, corporations or advocacy groups. Generally unproven, low-cost energy sources. Wikipedia.
"The water‐hybrid system is called a conversion system because it doesn’t require removal, modification, or disabling any of your vehicles’ existing systems. Therefore, it allows you to run your vehicle on either 100% gas systems or the water‐hybrid system. In the unlikely event that your Water‐hybrid fails, you can easily switch back to solely using gasoline power."
This is called a fraud a lie. This engine relies on the use of two devices: one device containing water (non-useful) and a device using fuel, said to initiate the reaction. It's the fuel device that provides all the energy. Generally, the demonstration is very short, which makes it impossible to measure the real consumption of fuel or to note an apparently low consumption. Wikipedia.

"But, you'll soon be getting your water-hybrid back into working order. Once you've driven by the water-hybrid system you'll never be happy with anything else! A vehicle powered by the water-hybrid system is theoretically capable of traveling from 50 to 300 miles on each gallon of supplemental water while improving overall fuel efficiency up to 45%. However, as it is true for any engine, actual efficiency depends on many factors such as: driving habits, terrain, vehicle weight and shape, and ability to tweak and optimize the system."

Pseudoscience consists of statements, beliefs, or practices that are claimed to be scientific and factual in the absence of evidence gathered and constrained by appropriate scientific methods.[1][Note 1] Pseudoscience is often characterized by the following: contradictory, exaggerated or falsifiable claims; reliance on confirmation bias rather than rigorous attempts at refutation; lack of openness to evaluation by other experts; and absence of systematic practices when developing theories. The term pseudoscience is often considered pejorative[4] because it suggests something is being presented as science inaccurately or even deceptively. Those described as practicing or advocating pseudoscience often dispute the characterization. (source) Wikipedia.

"Yes, the  Water‐hybrid system can provide fuel from water for just about any home appliance requiring natural gas or propane as a source of heat; thereby saving valuable and diminishing natural resources. Space heaters and furnaces are excellent candidates.  Stoves and other cooking units such as barbecue grills can also be fueled. 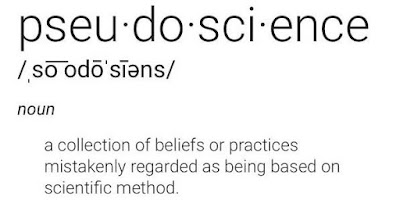 by the water‐hybrid system. Such applications require a separate power supply to convert your homes 120 volt AC power into the 12 volt DC power required by the water‐hybrid system. You can purchase an inexpensive power supply at any electronics store such as Radio Shack, or have someone familiar with electronics, build one for you since the design is very simple. The cost of home electricity used by the water‐hybrid system is insignificant, probably less than $3 per month in most cases. The water‐hybrid system is relatively easy to assemble and very easy to install, especially compared with other conversion plans on the market. No special tools are required. The usual tool and equipment found in a typical home workshop will do the job. Right now, this specific water‐hybrid system is not being commercially manufactured, but there are various distributors around the country who offer DIY (Do it yourself) parts or fully assembled kits utilizing similar technologies and principles Planning is in the initial stages for producing Water‐hybrid conversion kits for most vehicles and eventually manufacturing the entire system, or at least its major components.

WECOME TO MY SITE

Let's save money and stop generating so much greenhouse gases polluting the Earth and stop destroying the ozone layer. We will have to reduce our too strong fossil fuel demand to prevent disasters like the explosion of the British Petroleum Deepwater Horizon oil platform and oil spill in spring 2010 in the Gulf of Mexico.

Make your own fuel